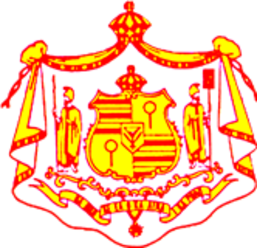 Approved in November 2018, our resolution (below) to develop a Cultural Center here in Las Vegas takes a step forward!

This is a terrific milestone and now developing a business plan, working with local Las Vegas Asian Pacific Islander organizations to identify a location/work with the City of Las Vegas, and start to plan how such a Cultural Center would operate/be maintained is the next step. 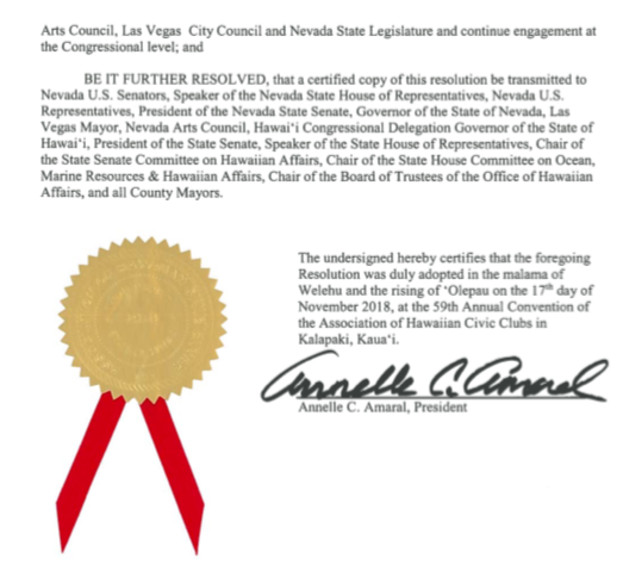 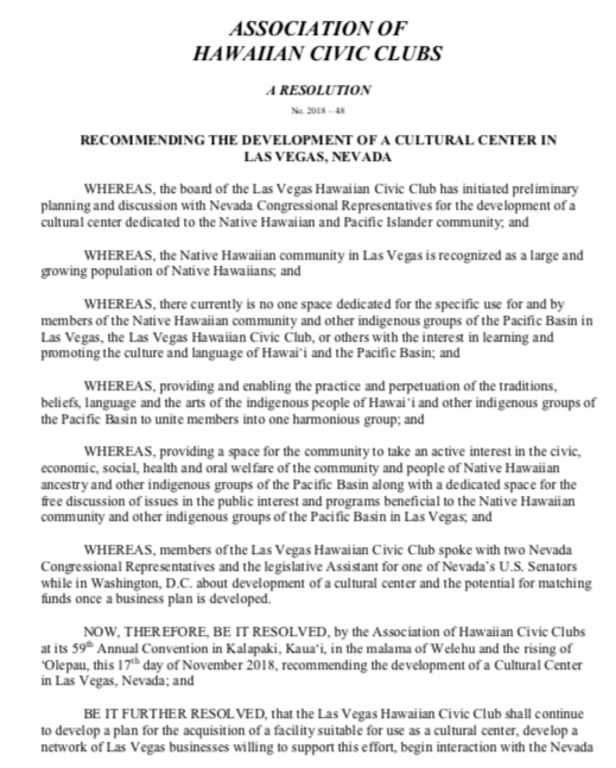 Koloa, Kauai Island.  In 1895 he joined Queen Liliuokalani to help re-

establish her government that ended unsuccessfully.  Prince Kuhio served as

congressional delegate from 1902 to 1922, during which time he secured

Congressional approval of $27 million for the establishment of Pearl Harbor

and Hawaii National Parks; represented the Territory of Hawaii and

introduced the first statehood legislation.  He fathered the Hawaiian

homestead program initiated by Congressional Act in 1921, and was anxious

development of Hawaii and its people for a better way of life.

Hawaiian leadership.  He believed that the Hawaiians should help their young

people secure an education that would enable them to compete successfully

in the new cultural environment introduced to Hawaii in the 19th
century.  Thus the Hawaiian Civic Club was formed with the objective of

providing scholarship aid for the education of Hawaiian students; of

preserving and promoting the Hawaiian heritage, traditions, language and

culture; of promoting and supporting organizations interested in improving the

legislation beneficial to the Hawaiian community; and of perpetuating the

values that dignify all human life, which are the moral and ethical foundation

of our cultural expressions that comprise a unique, rich and enduring legacy

of the first people of Hawaii nei.

In 1918, Prince Kuhio chose as the first president of the organized Hawaiian

Esq., whose subsequent career in politics and government spanned more

​ Read more in this larger history document that covers the years